The Griffin Series is a highly anticipated limited monthly release of new and former conceptual liquid art. Each libation is creatively sculpted to be available for distribution and to expand our portfolio on a monthly basis.

Available now for a limited time!

This beer was crafted to answer one question. Are your taste buds ready For war? Packed with tartness and balanced by hop driven tropical fruit notes, this game changing libation was crafted by fusing two styles of beer into one. First kettle soured and then brewed with the popular hazy IPA in mind, Warhaze is a roller-coaster of tantalizing taste bud stimulation and mind melting innovative layers of flavor. Dry-hopped with a monumental amount of Australian Galaxy, Pacific Jade and New Zealand Wakatu, this combination of southern hemisphere hops yields a very unique bouquet of tropical fruit which blends well with this crisp tart sour.

The princess just leveled up! We decided for this round to create princess peach as a milkshake hazy IPA. To make this royal elixir we used over 150 pounds of blood peaches, eight different cryo hop varietals and sweetened her up with the addition of lactose. All these amazing elements blend together to fabricate a fruit forward creamy peach juice bomb which coincidentally you could use to win a certain go cart race. Game on!

So for pride month we thought why not have a lager that is triple dry-hopped? This full spectrum of non-conformity has a lager like clean crispness that is dominated by pineapple and stone fruit aromas generated by the massive dry hopping additions. Think outside the box and enjoy the kaleidoscope of color and much needed acceptances that is Beer AF.

One of the coolest things about being a community driven brewery is the opportunity we have to incorporate ingredients from other hard working, like-minded individuals. For this crazy hazy libation, we used a massive amount of farm fresh, vine ripened strawberries from our friends at Patterson Farm. These uber locally sourced berries bring an amazing freshness that helps balance out this triple dry hopped juicy beauty. We at New Sarum Brewing and the awesome farmers at Patterson Farm want to thank you for supporting local. Cheers!

Who remembers The Real Ghostbusters? If you do, then you for sure remember Hi-C Ecto Cooler. That is what inspired this Halloween creation. Get slimed from a blast from the past with this crazy libation. The battle of salty, sour, sweet and nostalgia will keep you coming back for more. Just Remember not to cross the streams.

Does your Thanksgiving dinner resemble a Norman Rockwell painting? If not, then boy do we have the beer for you. “Get Stuffed” is a hazy IPA brewed with candied orange peel and over 300 pounds of Thanksgiving’s most iconic side dish, cranberries. This clean and slightly tart libation is just right for that special family time. So put on your eating pants, carve the turkey, turn on some football and “Get Stuffed”!

Some of the Stranger Things in the world come from wacky ideas. This imperial gose is brewed with coriander, red sea salt, fresh dill, cucumbers, fresh garlic and our own blend of dill pickling spices. We needed to use our degrees from The Umbrella Academy to come up with this combination! This dill-icious, savory, herbaceous, briny concoction is perfect for beating the heat, mixing up a Michelada or the perfect substitution for a pickle back. Come with us on this journey, stare into the Black Mirror, curl up on the couch and we can binge watch everything together! Oh yeah Pickle Rick!

Do you smell… what New Sarum… is cooking?? A new hazy milkshake IPA, that’s what!!! We put the smackdown on Some kakamoras & out came this! A 7% ABV coconut hazy milkshake IPA. We brewed it with an insane amount of El Dorado, Cryo-Mosaic, and Cryo-Citra hops, plus an massive amount of shredded coconut. Don’t raise your eyebrow until you try it!

Why hello there! It’s me. Vincent Mango… Do you get it? Well this year for my birthday month these crazy kids over at New Sarum decided to put me in a can and oh boy let me tell you, it is a doozy. They painted this broad stroked masterpiece with gargantuan amounts of Cryo Mosaic, Cryo Ekuanot, Cyro Simcoe, Cryo Citra, and Sabro; lest we forget the mammoth amount of mango puree that was blended in the most Dutch Post-Impressionistic way possible. Oh the aroma! So good it will make you chop off your ear.

Beer is science and science is very cool! This tasty beverage supports this decree more than most things. For this lovely little libation, we used an amazing ingredient call Japanese Butterfly Pea Flower. This beautiful little bright blue flower is what is called a PH Indicator. That means it changes color depending on the PH of a solution that it is in. Because this is brewed as a Berliner Weisse, its color changes from blue to purple as we sour the beer. So the next time anyone asks you, “what is so great about beer?” you can now scream “science!” right in their face. You’re welcome.

Until We Meet
Again…

This beer is a concept. It gloriously hypothesizes that any two hop strains on Earth are six or fewer acquaintances from Kevin Bacon! Brewed with lactose, 6 strains of 100% cryo hops and massive amounts of wheat and oats, this Hazy Milkshake IPA is guaranteed to get you to the extraordinarily majestic KB in less than 6.

Gone But Not Forgotten

Much like a three course dinner in one piece of gum, this beer was also born of pure imagination. Brewed with over 336 pounds of blueberries, this Imperial Pastry Stout will have you saying “Violet! Your turning violet, Violet”. Tasting notes for this libation start with a huge creamy full body which gives forth to a chocolatey graham cracker crust packed full of blueberry juicy goodness. You could listen to Wanka or be forced visit to the juicing room for immediate squeezing, either way you are going to get your golden tickets worth!

I have always wondered what it would be like to not have to worry. The comfort of knowing tomorrow will be just right because you know what to expect. But then I realize, some of the best times I have ever had were because of not knowing. Seeing Shadows is a beer made to raise a glass to discovery. To not knowing. To hoping that Phil sees his shadow so we can keep making dark beer. To the spontaneity of Bill Murray. To using unusual ingredients. Cheers! Tasting notes: breakfast with sweet, smooth creamy coffee and maple syrup followed by fat stacks of pancakes and waffles with vanilla on top!

You missed a Good One!

Much like a river of pure chocolate, this beer was also born of pure imagination. Brewed with over 300 pounds of caramel topping and just a pinch of Hawaiian red sea salt, this imperial pastry stout would impress even the likes of Wonka himself! Tasting notes for this libation start with a huge creamy full body that gives forth to big chocolatey caramel and ends with a well blanched hint of salt. Dip your toe in or jump in face first, either way you are going to get you’re golden tickets worth!

Does your Thanksgiving dinner resemble a Norman Rockwell painting? If not, then boy do we have the beer for you. “Get Stuffed” is an American hybrid wheat ale brewed with candied orange peel and over 300 pounds of Thanksgiving’s most iconic side dish, cranberries. This clean and slightly tart libation is just right for that special family time. So put on your eating pants, carve the turkey, turn on some football and “Get Stuffed”!

Vote for me Next time!

Now introducing Razor’s Edge! This beer is here for the title of the baddest new brew in all the land so don’t be surprised if it throws a toothpick at your face chico! Triple dry-hopped with Cryo Ekuanot Citra, and El Dorado and aged on white oak, this hazy IPA is in homage of the best of the N.W.O. Bad dudes! It’s walk to the ring sporting gold chains, has a complex nose of tropical fruits & oak, and it’s oozing machismo. Drink this and try not to say “hey yo…”

Back In Session Hazy IPA was developed to master the balance between a massive amount of flavor and aromatics with the need for sessional drinkability. This lower octane, more consumable, triple dry hopped juice bomb makes it possible to enjoy more than one with friends and not be late for the next day. Think of it as a reminder to every one of us that absolutely needed spring semester extra credit papers around this time of the year. “I think of all the education that i missed, but then my homework was never quite like this!”

Look what you did

One of our goals as a brewery is to educate consumers. Through this process we hope to prove that with creativity and technique, beer can rise to the level and respect of wine and spirits. With this lofty idea in mind, we set out on a journey of reflection and experimentation which resulted in the creation of this eclectic sour. Pink Cheeks is super cerebral gose style ale brewed with rose buds, hibiscus, coriander, hawaiian red sea salt, and melon puree. With these unique ingredients along with the use of a new hop varietal by the name of Barba Rouge, we were able to mirror a very popular style of wine called rosé. We hope you are fond of the depth of flavor, innovation, imagination as well as the bright pink cheeks you will get while enjoying this wine inspired creation.

I wish I was more than a 2 on Untappd

This is what happens when you are a brewery that loves weird and uber obscure pop culture references! In an homage to a classic candy commercial, berry smalls was created. This milkshake berliner weisse is made with lactose and over 450 pounds of blueberry, black berry and raspberry puree all in hopes that this reference will never be forgotten! Berries and cream berries and cream i’m a little lad who likes berries and cream! We can only hope that you like this amazing Elixir as much as that little lad loved his candy.

This eccentric stout celebrates our urge to bend space and time! It is our duty to think outside of what is conventional and explore the darkness. First kettle soured then fermented on Oak and over 300 pounds of Tart Cherries, this unorthodox idea yields a medley of sour chocolate cherries followed by a smooth earthy wood character. We hope you enjoy your paradoxical journey.

This tropical island inspired gose is brewed w/ copious amounts of mango and passion fruit. The addition of Hawaiian red sea salt balances out the sweet fruit and crisp tartness that this style presents. Whether on the beach or enjoying the air conditioning, this beer is just the answer for a hot & humid North Carolina summer day.

This year’s Spring Release is our GABF Gold Medal Winner, Lemon Balm and Beet Hoppy Wheat. This is a wheat ale brewed with over 600lbs of fresh beets and over 100lbs of fresh lemon balm, it’s crisp clean Citra hop profile is perfect to usher in nicer weather. Pour yourself one and marvel at the ruby red color. 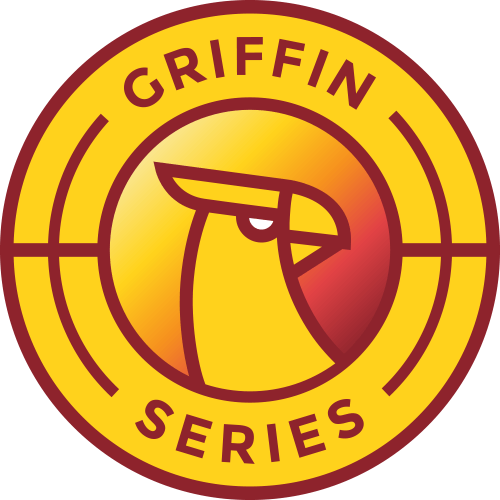 This Imperial IPA is brewed with Blood Peaches and dry hopped twice with loads of citra yielding a mind blowing amounts of peach, stone fruit and citrus. To put it in words: You will need no rescuing from a castle with this high octane hop bomb!